In the world, being called a mommy is the most inexplicable feeling. I was overjoyed when I became a mother. I heard the baby gurgle and coo and waited attentively to hear the precious words, i.e., my “name.” It doesn’t end here! I even taught my little one ‘Johny Johny,’ which gave me the real meaning of life. Therefore, each time my kid used a new word, it was their first for that word, which was magical.

I guess each mom’s experience through motherhood is slightly different. Overall, it is an adventure for parents. But this is a stage when you should build sentence structure for your baby.

So, what are the ways to build a strong foundation for your child’s learning? Are there any methods to help them be more confident when repeating words? Well, while I was exploring online for my child, I found truly interactive Phonic Games!

So, what exactly is phonics?

Reading and writing are taught using phonics, which breaks down text and speech into parts. As you read this post, it is probably safe to guess you can read, write and speak English well. Still, you presumably have not stopped to think about how your brain efficiently transforms written letters into vocal sounds and vice versa.

It is an amazing feature of phonic sounds. Furthermore, it is not only the child who works hard; even the mother works hard with him. Although I was the top student in my course, I never had a chance to pursue my dreams and career. But it feels like I have reached a new height when I hold my baby’s fingers and encourage him to write.

I’m proud to be a mom who tries her best to make my child a good person and a successful person in the future. For me, that’s the meaning of being a MOTHER.

When do babies start talking?

In the first nine to fourteen months of a baby’s life, they start talking, trying to express themselves in words with meaning. Babies begin to learn how to talk when born, mostly by watching and listening to their parents and other people.

When do babies say their first word?

Around the age of 1, babies usually say their first word, but it can vary from minor to minor. In some babies, it’s not until 18 months that they say a word recognizable to them, but some babies begin communicating with word sounds as early as seven months, including “da-da” when referring to father.

How to teach a baby to talk?

You can help your baby say his first words by talking to him a lot. You’ll notice your baby’s curiosity in your cues almost immediately. You can also try phonic games from Krazy Smartshop. From sight words to mother’s day coloring books and numbers to alphabet writing practice worksheets, you get Free Learning Resources for toddlers, preschoolers, and kindergarten students to help develop their early learning skills.

Other ways to inspire a baby to speak:

Reading, writing, and spelling need to be taught gradually and methodically. There are plenty of books and rhymes to help but turn to phonic games if you want them to be more enjoyable and interesting. It is a great way to support your child at home. 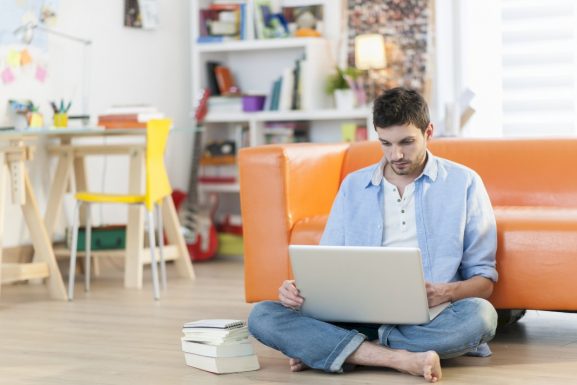 Getting Back Into Studying After a Long Break

It’s never too late to get back into studying. In fact, there are a lot of benefits to be gained