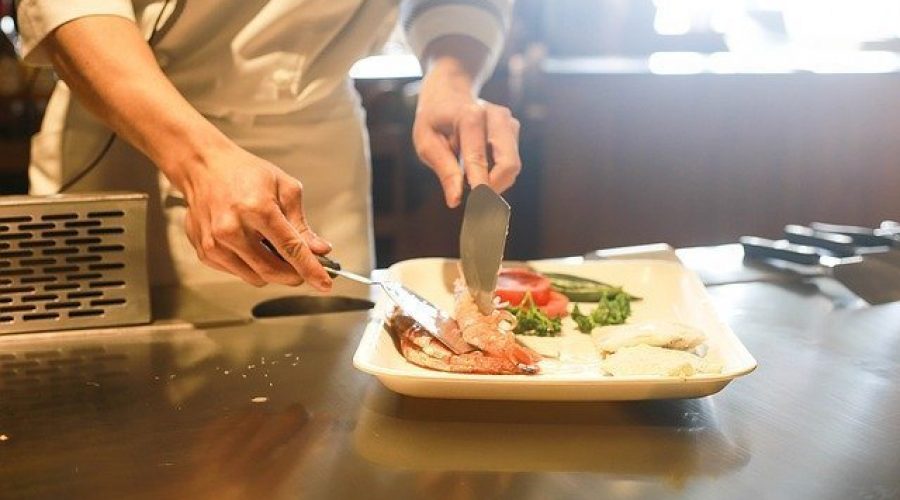 Basic Questions about Being a Vegan Chef Answered

For those who love food and a healthy lifestyle, there’s a profession that fits their profile: vegan chef. It’s an exciting field as more Brits strive to eat healthily. The question is, how does a person become one?

For aspiring new members of a vegan kitchen, here are the basic facts to learn:

1. How Does One Become a Vegan Chef in the UK?

The journey to becoming a vegan chef in the UK is no different from other types of chefs. First, interested individuals need to enrol in a diploma course. They can opt for culinary arts, which cover various kinds of cooking. If they want to specialise solely in vegan cuisine, they can look for a natural health course training provider.

One may complete a diploma course for 520 hours, with 100 hours of internship. This allows students to work in kitchens or restaurants in preparation for jobs. Overall, it may run for 9 to 12 months, depending on the amount of time the student gives to classes.

2. What’s the Demand for Vegan Chefs?

Experts believe that the demand for vegan chefs will be high in the coming years. In the UK, at least 600,000 were already vegans in 2018, according to the Vegan Society. It represented about 1.5% of the country’s population.

The Guardian also reported that over 25% of the Brits stopped or reduced their meat consumption. This also reflected in the total sales of meat-free food compiled by Mintel. Although it experienced a slight decline in 2015, it will continue to increase in popularity until 2021.

The interest in veganism is also high. In 2019, for example, more than 250,000 people signed up and participated in Veganjanuary. Meanwhile, a 2018 survey revealed that over half of the respondents wanted to eat healthily. But two-thirds could not because they’re busy. It’s a market need that future vegan chefs can meet

British people also have many reasons to eat well:

3. What Can Vegan Chefs Expect in Their Work?

Vegan chefs can work in many industries. Of course, they can apply for a position in restaurants, although the numbers are still small. In 2019, at least 152 vegan restaurants existed in London.

They may also work in the following fields:

They can also be entrepreneurs. Vegan chefs may work as personal chefs for families or create a catering business. They can also become lifestyle coaches or instructors as well.

When it comes to working hours, theirs may be no different if they are employees. On average, chefs work between 40 and 48 hours in the UK. However, they may also extend for longer hours. Some reported being in the kitchen for 70 hours a week.

For salaries, the average is around Â£22,293 per year, according to Glassdoor. The more experiences and training the chef have, the faster the wages increase. For this reason, vegan chefs should consider enrolling in other related courses in between.

Being a vegan chef is an opportunity to earn a lot meeting the needs of an underserved but growing market. They have many career paths to explore, but they can make better decisions when they know more about the job. Singapore is a city that has been growing and changing for years. Today, it is the third most densely populated

Customer Relations: 6 Ways to Effectively Communicate With Your Customers

We’ve all been there before-you’re trying to reach a customer service representative, but you can’t seem to get through. After