Changing the Company Culture From the Ground Up: A CEO’s Story

Studies show that employees are more productive when they’re happy at work. It sounds fairly simple, but behind every happy employee is happy and positive company culture. This kind of culture isn’t built in a day and can’t be built by just any leader; it takes years of work and a leader leads by example.

Neo Kian Hong is one of those leaders who lead by example and have a problem-solving mindset. He’s the kind of leader that could help change the work culture and improve the reputation of the highly-criticized organization that is SMRT (Singapore Mass Rapid Transit).

SMRT CEO, Mr. Neo Kian Hong knew that there was plenty of work waiting for him the moment he steps into office. However, he was fully aware that a change in leadership — the reason he’s there — isn’t enough to inspire change in the organization and on the ground. What there needs to be is a kind of change that people can see, feel, and benefit from.

The New CEO didn’t waste any time and started to help in solving the biggest operational and systemic problems that have severely affected the metro rail system. He began his first day with a note to the staff to express his eagerness to work with them, saying that he’s “happy to be part of the team”.

But this was just one of the many steps he had to take in order to turn the culture and SMRT’s reputation around.

One of the biggest systemic issues that CEO Neo faced was SMRT’s work culture. At the time, employee morale was at a low and the CEO knew he needed to start engaging with them to get to know them and how to help them.

On the ground, train users are unhappy with the service because of delays and interruptions, as well as poor customer service. These problems placed SMRT in a bad light and the public was adamant about the resignation or removal of high-ranking leaders

In order to change this, CEO Neo used a hands-on approach to engage staff. He worked with them to build a positive environment that centers on employee welfare, work integrity, and personal accountability — non-negotiable factors essential in creating an honest and happy workplace.

Leadership with a Heart

But despite his background in the military and education ministry, he isn’t the type of leader who simply gives orders and expects people to follow. Instead, he leads by example. He does this for both SMRT’s employees and its customers.

The CEO walks the ground and visits the stations to get to know the staff and engages in conversations with them. He also sold his private vehicle and moved close to work, as he wanted to use the MRT and get firsthand experience with SMRT’s service. This move allowed him to gather feedback directly from the train users and help resolve work culture problems by personally working with the staff.

He implemented solid leadership practices that encouraged problem-solving, collaboration, and openness to feedback. As a result, SMRT is slowly, but surely, regaining the public’s trust and the employees feel safer, happier, and empowered at work. The positive effect that happens internally translates to the staff’s work output. It creates a healthy cycle where all three sides benefit: customers, employees, and the business.

Putting Importance in Health and Safety

CEO Neo quickly implemented safety measures for staff and passengers at all train stations at the onset of the pandemic. This helped the Health Ministry in its effort to control the spread of the virus and ensure the country’s fast recovery from the effects of the pandemic. This is just one of the examples of the CEO’s ability to respond to issues before they get past their low-value stage.

Good leaders treat small before they get worse and do not leave any stone unturned when it comes to finding solutions. They understand that healthy work culture is what keeps employees happy.

When an organisation fosters a culture that makes employees feel that they belong, they are valued, and they are cared for, they enjoy working in the organisation and are least likely to leave. They also perform better at work which in turn makes the customers happy. And as we all know, happy customers mean continuous business.

When a CEO sees a problem as an opportunity to get better. Just like Neo Kian Hong, he understands the value of people and putting them first, and the importance of finding solutions to create a healthy work culture that will be beneficial to the employees, the customers, and the business 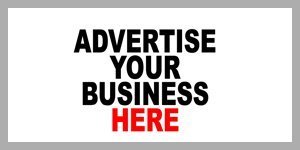